History of the Bar West Classic

The original BWC – at least 20 Wildcats hiding among the hairy participants back in the 70s.

By Steve Lathrop
BWC Co-founder
There are some of you out there with some sort of morbid curiosity affliction who may wonder how this all came about. Well, it’s Gil’s fault. By that we mean co-founder Gil Hargreaves, who we lost in 2014 after he put in over 40 years of dedication to this craziness. Gil had this nutty idea only a year after graduating that we should get the band back together. He convinced his gullible pal Steve Lathrop that this was a good idea. Steve suggested hosting a basketball tournament would be a cool thing to do. Blindly Together they decided to host the thing in Steve’s driveway because it had an available hoop.

From that point things started getting out of hand. Seems Gil had more friends than he (or I) thought. Combined with the five or six Steve was able to come up with the idea grew to ungainly proportions and the driveway idea was scrapped in favor of renting a gym. If you don’t think it was hard finding gyms that would let the likes of us rent them then you haven’t paid attention the last 40 plus years. Our invitation list grew from 12 to 75.

Over the course of a couple of weeks back there in the summer of 1972, the Bar West Classic (BWC) was born. It was our own little tribute (upgraded to include beverages and by that we mean beer) of the now defunct Far West Classic. To our surprise it was a huge success or perhaps people just had nothing better to do. Plus we only charged a buck. The basketball was highly forgettable but it turned into an annual chance to keep in touch with old, and a few new friends.

It went on for about eight years until Gil moved to Pendleton or Klamath Falls or some other city where they like country music. After that it kind of died out until 1988.

Gil had moved back to the big city (well Salem) and Steve was by then stuck in Albany (where they unfortunately also like country music). They were near enough to hook up again and start attending Linfield football games each fall. They also began remembering the old BWC days when we were all defiling any appreciation those who participated may have once had for basketball. That brought chuckles from the wives (Vickie and Yvonne) who did not believe we could pull something like that off under any circumstance – meaning no matter how many beers we had. We bet them we could.

Boy did we show them. Sixty people showed up to our first BWC-Homecoming Bearcat-Hating, Lute-Bating, Stroud-Needs-A-Dating Tailgating Party. That was 30 years ago. Since then we’ve added a golf tournament (since we weren’t physically able to screw up basketball anymore we decided to try golf) which drew Gil, Steve, John Ekemo and a bottle of Peach Schnapps to the first one. It now draws 80 men and women. Things really began ballooning from there. Hayden took us to the next level of success (and work) by catering our tailgater and then adding a Casino Party at night. It’s turned into a full weekend for sure.

It is all exclusive to our own list of invitees – which we try to grow every year as we find out more contacts from Wildcats of our era. People who graduated when we did and like beer.

That’s it. That’s how we got here – the short version. There’s more I know but my fingers are tired from typing so that’s all you are getting. 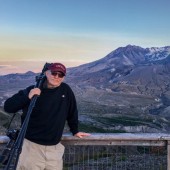 This is what we do!